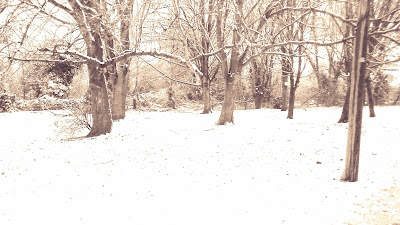 Snow doesn't fall that often where I live, by the time it finishes depositing on the nearby hills and downs there's none left, Sunday was different. For children it meant making use of the surrounding hills to go sledging, one or two had a properly designed sledge but everyone else used what they could find, in many cases this was the lid of a recycling bin but also involved anything else they could get their hands on as long as it could go down the hill at breakneck speeds. For others it involved complaining that the council should miraculously clear the roads with snow ploughs that wouldn't be used most years and only a day or two the years it does. We made a snowman, chucked snowballs and lost feeling in our toes that has only just returned.