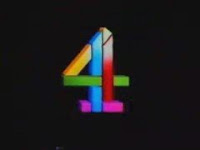 So this pile of bloggins has survived another anniversary, its fourth, time for the annual apology


sorry some/ all entries have been crap
this I would have written yesterday if I wasn't organising the separate bins for recycling day and putting them out. Its kinda become a Monday ritual carefully removing the address from an envelope or piece of junk mail with Eastenders playing in the background.

I haven't regularly watched Coronation Street since the 90's yet even in this age of media proliferation I still have an awareness of the main characters, plots and the fact Mike Baldwin's no longer in it aided by the fact its on when I visit friends and relations. Hence I saw the big crash, given it was major anniversary and is still very profitable for ITV you would have thought they'd spend more than a fiver on effects.

Currently there seems a media brew-ha over the number of LGBT character, one of the complaints seems to be unrealism perhaps forgetting it is a soap opera and occasionally reality would make a crap 25 minutes of drama.


A few weeks ago I had a bit of free time in London and so I visited the British Library to see their small science-fiction exhibition because I'm interested in the genre and library's are cool. The curator(s) took a quite broad brush approach as opposed to the more narrow focus many purists would take to the subject and while some of the conclusions are hardly new there's some little titbit's that make it worth visiting.

I also got my hair cut for the first time in ages it was just getting far too long and unmanageable. After finding a hairdresser who would take me without an appointment I have something that looks better and more feminine if I wish it to be. I did try to take a quick self portrait sadly one was over exposed and on the other had me scowling.
4 comments:

That Cheap Smell Of Teenage Desperation

A bit of advice to teenage boys, don’t try to grow facial hair, seriously it just looks horrible. There will come a time when your voice deepens and your balls drop when the hair that sprouts of your face and neck can look very mature, masculine and on some folks provided its well groomed, attractive but until then that bum fluff with a bit of acne look does not make you look grown up or sexy.

While I’m on adolescent boys, LYNX DOES NOT MASK YOUR BO, in fact it gives a more unpleasant funk than then the whiff of bad personnel hygiene alone. Lynx (or Axe as its known outside of the UK/ Ireland and a few other territories) is like the lad mag in that its pitched at young men and largely bought by school boys too young to buy proper "adult" mags.  The lad mag market has plummeted in recent years with the only titles bucking the trend seeming to be those aimed at health and fitness and I guess teens figuring out how to turn off the safe search while googleing. I can only hope they figure out other new concepts like bath, soap and a decent antiperspirant.

The post title comes from an Andy Parsons line he used on Mock The Week; "Lynx: for that cheap teenage smell of desperation."