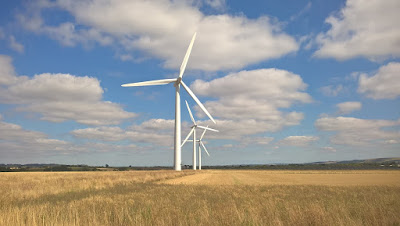 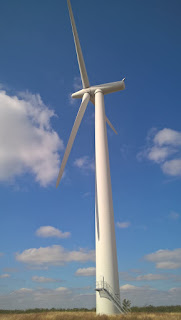 A while back I mentioned wind turbines and how I generally thought them to be a good thing aesthetically and in filling our need for electric especially if we're going to need it for our cars as well. Getting up close to a set of five in Oxfordshire hearing the whoosh as the blades cut through the air and the hum of the generator in a nice touch they asked local primary schools to name one each.


This was a few years ago, as these days the popular ideas would all be variants of Windmill Mcturbineface. Four of the winning names were things you could imagine a group of school children coming up with like Huff N Puff, the fifth was called Zeus, which is like one of those school projects being brought in thats been clearly done by the parents.
2 comments: