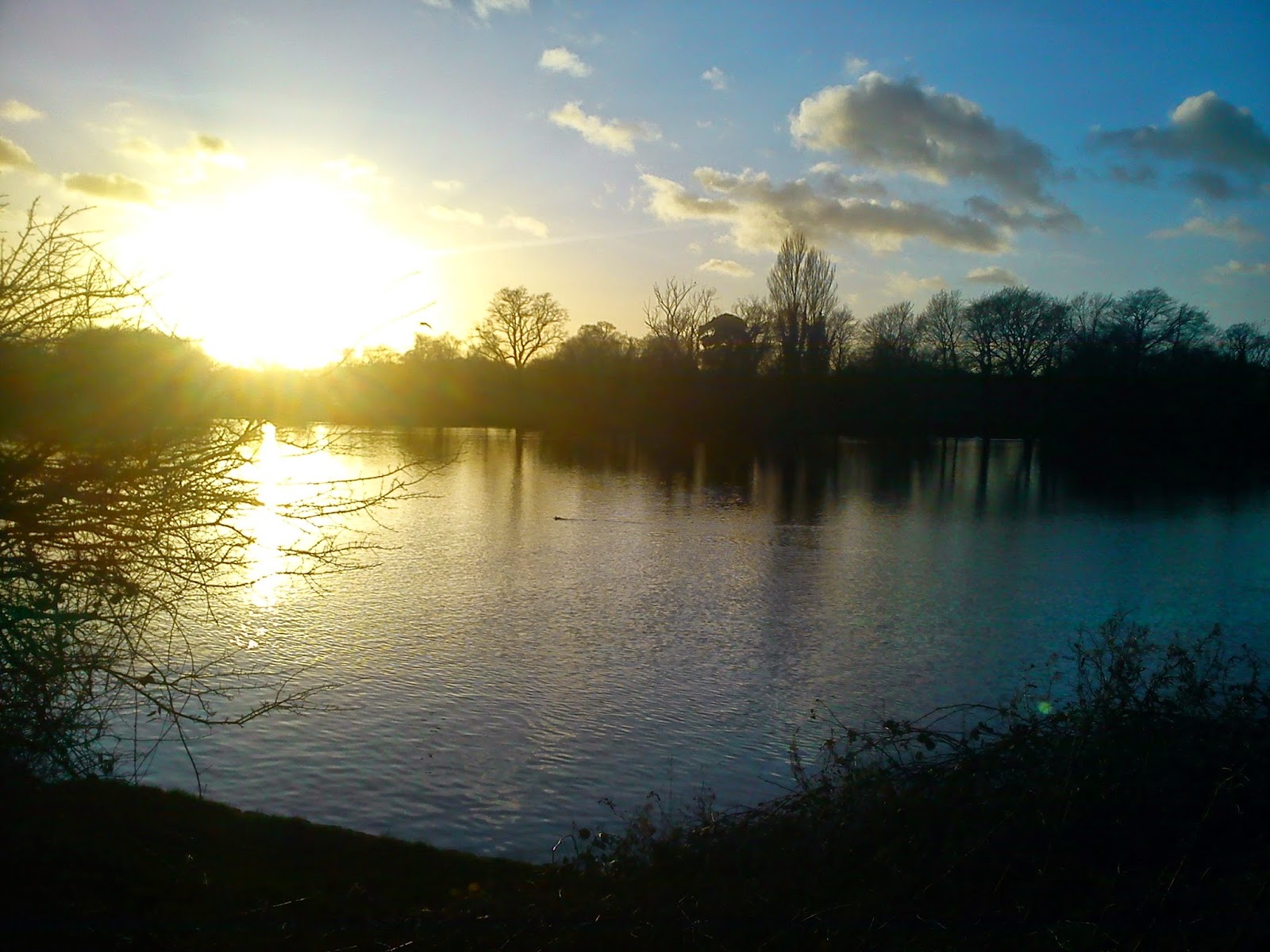 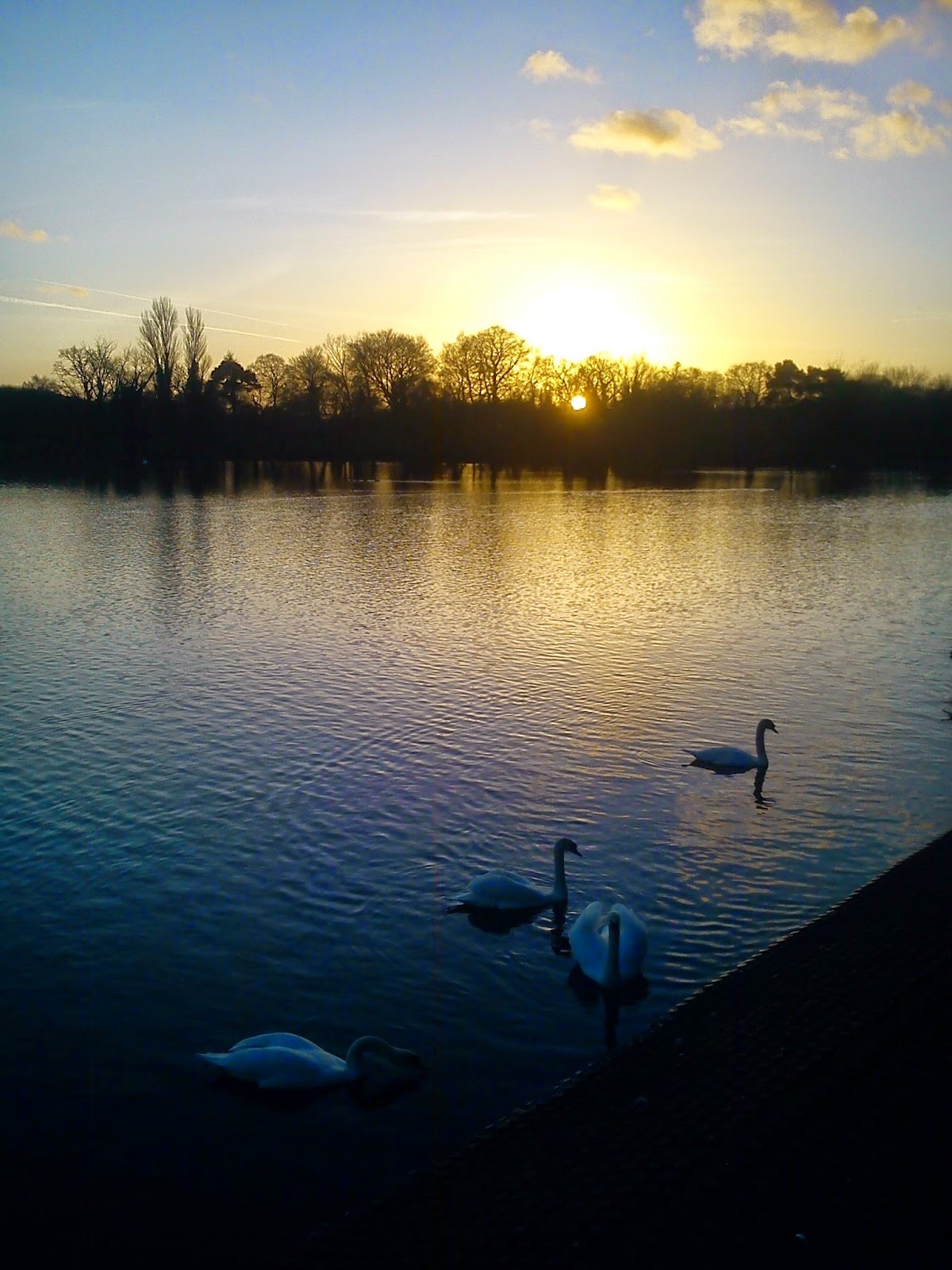 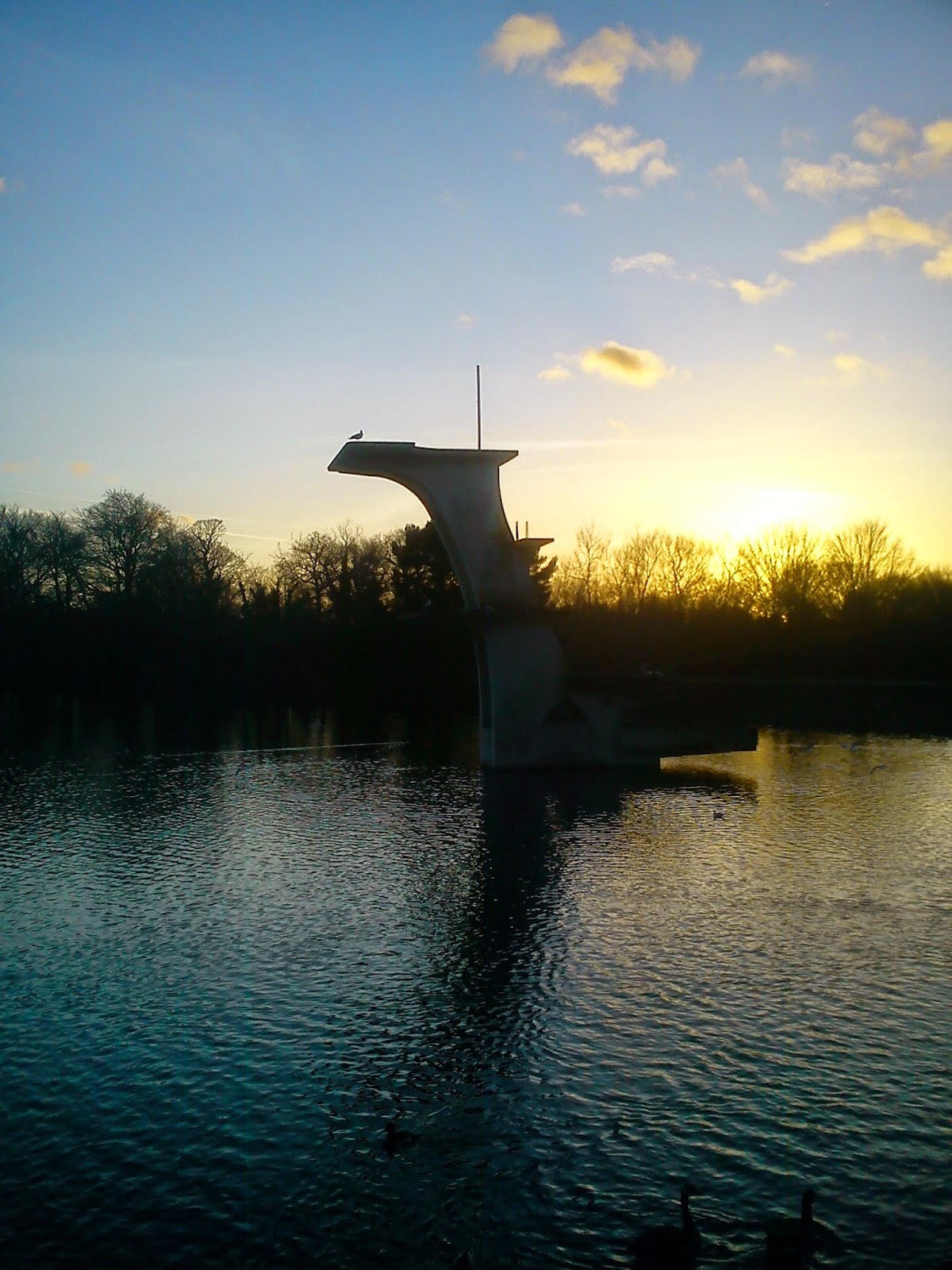 After my body has finished every fevery, ache and my nose discharges the last of what has felt like litres of snot. I took a walk round Coate on the eastern edge of town. Unlike my friend my choice of footwear wasn't entirely suitable for the muddy areas not entirely wrong like the individual who attempted to climb a mountain in a pair of flip flops but I could have chosen better. That said it's a perfectly delightful walk anytime of the year. 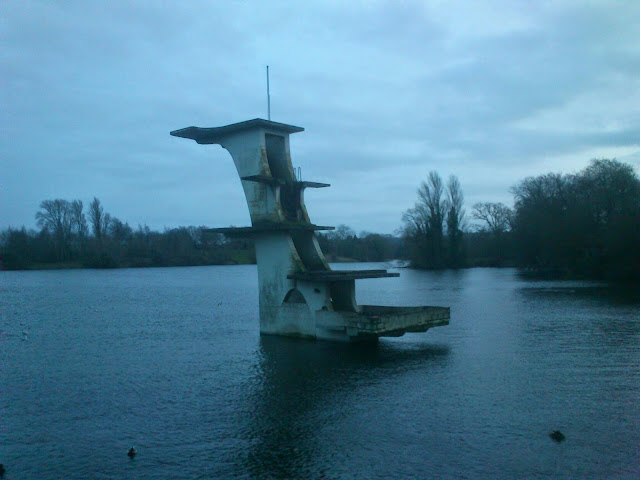 These days the only creatures on the diving board are birds, nobody has been allowed to leap off for many years because of safety though some have tried since especially during a heat wave, I presume thats the reason for the small wall added at the bottom. Its a listed building as an example of inter war diving platforms and a recognisable landmark.
No comments: