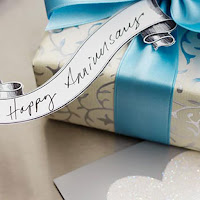 Just over ten years ago, for some reason lost to the mists of time, I decided to type my thoughts into an online journal.

For better or worse it's still going and to my great surprise some people read it. Although I skirt around other things it is primarily trans / lgbtq subjects I post about,many changes have occurred in that time almost nobody in the media says "transgendered" and many trans, non binary and queer terms that have exploded alongside older terms like transvestite giving people more and better language to express themselves. Transphobic humour is also becoming less acceptable and regulators have began to intervene as the TV Burp example showed.

The Gender Recognition Act, was also a relatively new thing, while the hard won right to have ones sex officially changed was welcomed it was flawed at the time, more than a decade on it looks over complicated, over medicalised, expensive and unnecessary. The right to being recognised as ones true sex should not be dependant on being able to jump through a bureaucratic maze.

There is a lot more LGBTQ related materials out there including help, support and advice I am just a section of the queer bubble which has gotten bigger and has many fantastic artists, writers, etc, but it is still a queer bubble, outside there is still a lot of hatred and strong push back from the tiny advances made let alone those needed.

Enough about all that, there's personal reflections as well which I'll save for another time.