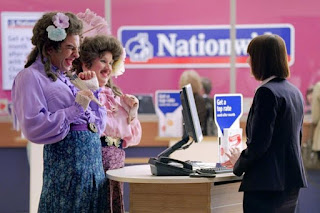 Its been another of those months where a millionaire comedian confuses edginess with mocking a marginalised group while a internet streaming service chucks hefty wedges of cash to film it all. And isn't it a pity that they can't do those jokes they could tell years ago, unless it was Little Britain and you pretended it was post modern and successfully flogged that dead horse for many years past its sell by date.


But hey, gay panic jokes are still a thing.
No comments:

When it comes to transvestic fetishism there is a degree of kink shaming not just in wider society but also within the trans community. Whether it ranges from underdressing to engaging in sexual activity as/with someone dressed there still is a tut and a no way. And to those anti-trans fantasists out there, they are not planning to jump into the ladies toilet the first chance they get, we're more worried about you coming in and trying to make some point because its where scaremongering really doesn't meet any evidence.


Yours truly is not innocent of this either, some of this was to do with feeling the need to deobjectify / desexualise your identity, but in a society where trans visibility is greater then ever and not limited to seedy transformation services and the adult video shelf there is no need there days.  I do not want to see your willy in or out of knickers but there are many who do and as long as the content is marked as sensitive and shared with other consenting adults offline or online then it's only a problem if it causes a problem. 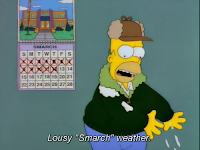 Hope you're well. It's was a little cold, going beyond my usual winter outfits which have served me well during the comparatively mild winters of recent years but not an artic blast and then changing back to spring like in a very short period.


Another month another trans film, time was I would have watched it all in the same way I would have any Superhero/ comic book movie but these days a glut of both means I tend to pick and choose with the latter and avoid with the former. This time its the turn of ITV News (Tonight: 'Trans Kids - the Right Response?) focusing on the rise in referrals to the Tavistock GIC and those youth of today and their refusal to accept ridged gender constructs all of which would annoy the baffling number of terf's following me on Twitter.


Drag Queens is also a current topic, thanks to, what can be best described as Ru Paul's unhelpful/ outdated comments. Language, both queerness and labels has evolved, the "drag queens" mentioned in reports of the Stonewall riots would be more accurately described along the trans spectrum and even that may change in another few years. When you search media around the time this blog started "transgendered" was still a commonly used work