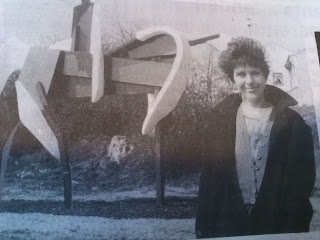 Julie Livesey photographed, above, with her sculpture "White Horse Pacified" just after completion in 1987. It stood clearly visible from the busy Mead Way on the new Shaw estate 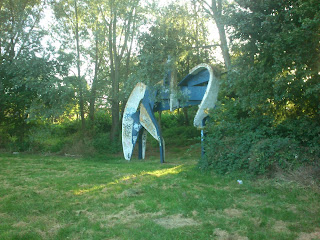 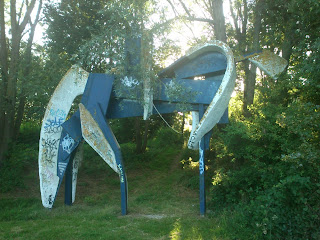 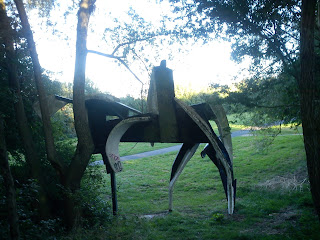 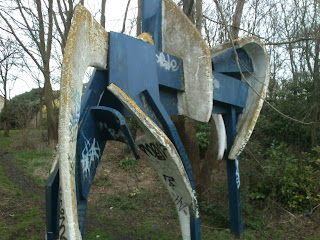 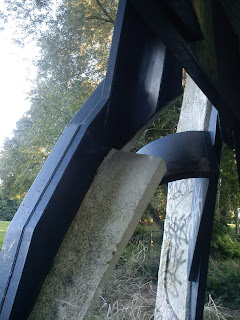 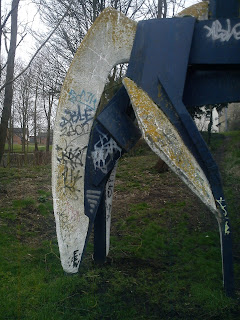 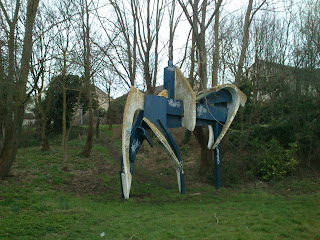 The sculpture funded under Thamesdown Council’s per cent for art scheme where public money matched the developers contribution. Today its got the likeable signs of aging and the regrettable tagging, the tree's have grown round, almost enveloping and its not so visible from the (even more busy) road.

It was one of many pieces of art dotted around the western expansion that appeared during the 80's to the early 90's. 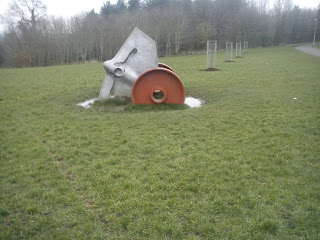 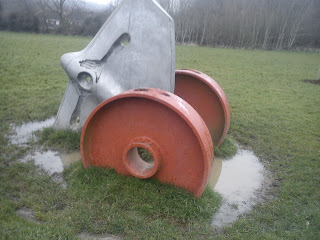 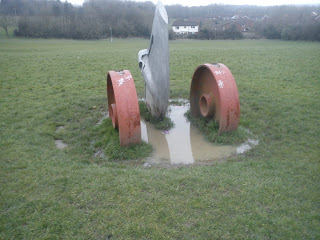 Recently Hideo Furuta's "Nexus" at Freshbrook Village Centre had to be repaired after some of the wood supporting the Pembrokeshire stone became dangerously rotten where it will continue to stand for another three decades surrounded by the good and bad of late 70's, early 80's design and town planning. 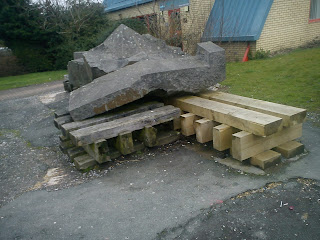 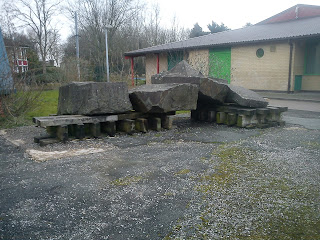 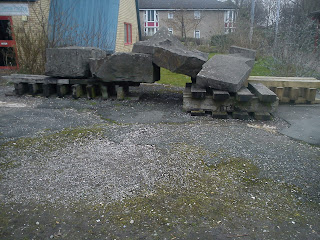 Everyone Goes To The Toilet

It's been a noisy, crowded time here in Lucie towers. I painted a room pink, then suddenly a lot of women turned up and started dancing. I really should have paid attention to the warnings in the Dulux advert but I was too open mouthed after having seen the Andrex one before.
Whether you scrunch or fold your expensive brand of toilet roll is entirely up to you and not something I want to know. Everyone goes to the loo, except perhaps the queen and the Dali Lamar.  Mainly in gender neutral toilets like trains, coaches, garages, portable loos and their own homes without any fuss.
There are benefits for example if you're a parent with a child of the opposite sex, do you take them in to "your" toilet or send them in alone. The latest panic concerns Brighton Councils decision to install gender neutral wc's one news report invoked "women and children" as if males are never involved in parenting or that no mother has had the awkward choice of either sending her son into the men's alone or into the ladies and vice versa. Its fair to say, with some exceptions, that people go to toilets for one reason, they may fail to lift the seat or have shocking aim (and that's just the women's) but it's just one reason and to do it quickly with no fuss.
Even attractive women mesmerized by pink paint.
2 comments: