Regular readers of this bloggins will know there are several things I don't like, for example, program makers who call their show The (something) Show, which just shows how unoriginal and uncreative you are. Manufacturers who are still producing Keep Calm And... item's which stopped being witty five seconds after I saw the first variant of it.
And then there's cupcakes. Cupcakes are the hipsters of cakes and just as pretentious and annoying. Too large to be a nice bite sized fairy cake and too small to be a proper cake, they sit in the watch it dissolve into a million crumbs all over you once you remove the paper no where land, with no amount of creme, frosting or sprinkles being able to mask how bad a cake it is (the pieces you can get into your mouth that is). Its not just the cake itself its the "lifestyle" being packaged around it. A sort of metro cafe Sex and the City cool meets 50's housewife kitsch. Packed into an overpriced box.

I'm back from my little hiatus, it would have been sooner but two drafts seem to have disappeared into the digital void, if you're reading this then it's third time lucky.

So what's happened is that I've started another job. My sister gave birth making me an aunty yet again and I've decided to continue my studies.

Finally here's a badger that wont be gassed. 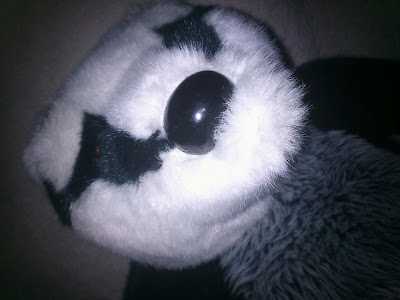