Back in 2009 I wrote criticising the decision of the court to overturn the injunction preventing The Times naming the police blogger who wrote under the pseudonym of Nightjack. I stated that i thought it was little more than a trashy expose discouraging people from writing openly about the inner workings of public institutions and potential whistle blowers. He had been won an award for his writing, not broken the Contempt of Court Act and received no financial reward.

At the time I also added as an aside


"...it would be interesting to know all the methods used)."

We have a greater idea of how the journalist working for The Times at that time went about obtaining his identity, which confirmed my suspicions that Richard Horton's email account was hacked into during 2009 and that it did not reveal that fact from the High Court.

I don't know if that would have lead to a different decision but you wont be surprised to learn such methods are not approved of.

Later that year, Dr Brooke Magnanti was revealed as the widely read and bestselling "Belle Du Jour" although no allegation of illegality the privacy of her family was intruded upon in a way that the story did not need.

Between writing this entry the media got in a mild frenzy and search for (including a do you know this man, call the newsdesk appeal from a newspaper that so hates witch-hunts) the "first" (that the press know of) "pregnant man" in the UK.

Understandably he wished to remain anon and the reporting kinda shows that he made the right choice. He also maintained a blog which in lieu of any interview snippets from, formed the basis of several further articles. He managed to put up a eloquent final post which I'll ineliquently paraphrase as oh bugger and goodbye.


Although the Levenson inquiry presents a fabulous opportunity to reform or introduce, depending on you viewed the PCC, the system of regulation with enforceable sanctions when someone crosses a line. One can argue whether and to what extent celebreties are fair game, we should ensure what happened to Christopher Jefferies does not happen again.

Blogging is a way of writing about whatever you want, whether that be your experiences working as a detective, going through pregnancy, working as an escort or the rubbish ramblings of me. It does not mean its open season on your whole life. The world would be a duller place if people were to censor themselves for fear of their privacy intruded and life turned upside down and many interesting stories would be hidden.
2 comments: 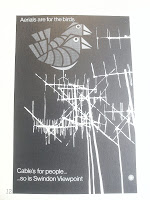 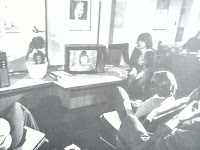 With all the news about local television pilots it’s a good time to write about a previous government report into local TV which ran in Swindon from the mid 1970’s until the end of the decade. Like many nascent cable companies’ experiments was run from the late 1960’s, the need to create content to attract or retain subscribers to pay 18p a week in an age without multi-channel TV.

The launch of “Swindon Viewpoint” was among the first wave across many towns and cities in Britain and was credited as helping to stem a loss of subscribers after the initial launch of the system.

Swindon was considered an ideal place for such a system on the edge and divided up between two television regions, no local radio and a large number of new residents who it was thought would need information about the local area and amenities. I would also note that high definition is not a new term, in those days it referred to 625 line broadcasts.

With a degree of optimism about the future and financially supported by then owners, Thorne EMI, a small team set up studios in what is now an Indian restaurant at the bottom of Victoria Road. Unlike the proposals the channel ran more than just news including covering the “Miss Thamesdown” contest and bizarrely, a retelling of the passion filmed around Swindon.

Unsurprisingly despite their best efforts viewers brought up only on network TV found the channel a bit amateurish although they appreciated the local news and sport. 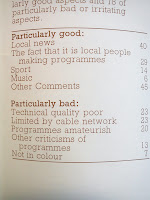 With restrictions on advertising such local networks were reliant on subscription revenue and goodwill from owners for whatever reason, willing to sustain the channel which dwindled year on year. By the 1990’s a less restrictive regulatory atmosphere appeared tempting media companies to try again like Associated Newspapers in Bristol and the Guardian Media Group in Manchester. Like their 70’s counterpart’s the revenue was never there and they have either withered or died.