I've held off commenting on the demise of The Dandy's print edition because as Charlie Brooker pointed out in his Guardian column recently it's not like I've been buying copies recently.

It's not that children are no longer buying magazines, the recent ABC'S showed Moshi Monsters to be one of the country's biggest selling paid for magazines and other print publications are still selling by their tens of thousands. Its just that a product has reached the end of its life cycle and no longer appeals to the children of today.

It was already old fashioned at the time I was reading and hasn't changed much in the strips set up and obvious pay off in the final panel. Take away the smoking and overt racism not much had changed from the 50's.

All of this hasn't stopped a wave of misty eyed nostalgia, the same who point to a so called golden age of children's comics/ television/ books. Ignoring the many great artists producing fantastic stuff today.
3 comments: 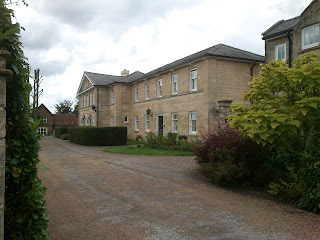 Opposite Marlborough Common on a lane leading to the hilly beauty of the Marlborough Downs, where assorted horsey and other rural types live, there's what was the towns former workhouse. Today, the listed building has been converted into up-scale retirement flats (although rather haphazardly, as one writer noted) with a few more crammed in for good measure. 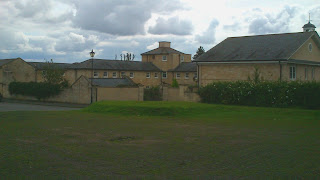 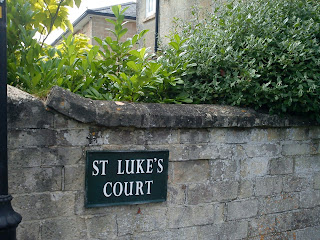 After the workhouse was closed it spent several decades as a children's convalescence hospital and a special educational unit mainly for intellectually disabled children called St Luke's. 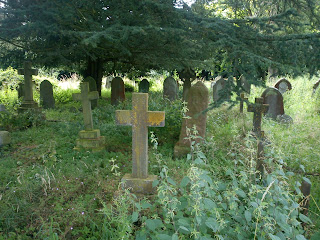 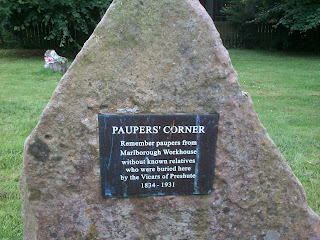 Behind the site is a overgrown graveyard with forgotten graves, this small acknowledgement of what was there.