Jenny Lives With Eric and Martin 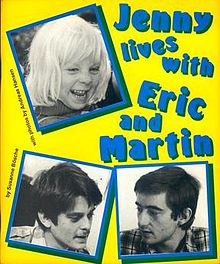 "..a local authority “shall not intentionally promote homosexuality or publish material with the intention of promoting homosexuality” or “promote the teaching in any maintained school of the acceptability of homosexuality as a pretended family relationship”.


It's the 30th anniversary of The Local Government Act 1988 and it's infamous Section 28. It's worth reminding how things were at the time, a quick peck between two men on Eastenders generated massive controversy and to The Sun newspaper being gay was probably the worst thing you could be, god help you if you had a left wing standpoint as well. Despite two women running into the Six O'clock News studio and other efforts to stop the bill it was passed and remained on the statute books until it's repeal 2003.


The result was to stop any queer literature appearing in public or school library's whether it was overtly pro LGBT or just featured a LGBT character and local authorities weren't buying it, then it probably wasn't going to get published. But it wasn't authors that were the target of this law its was a sop to homophobia and an imagined morel panic where leftie teachers were planning to make children gay.


Over thirty years later its impossible not to make parallels between then and the anti-trans media coverage with those won't somebody think of the children headlines and conspiracies thoeries almost being cut and pasted from those times.


Today Eric and Martin are wondering when Jenny is going to put down her avocado toast and move out.

People change and you can change how you describe yourself if you want to.


Much like gold star lesbians, nobody cares if your a gold star transsexual and it doesn't make you the traniest tranny in the trannyverse .


Some people know they're trans as soon as the umbilical cord is cut, its not worth acting superior because of it. Many don't and that's ok, its fine to transition in your teens its fine to do it in your forties and so on, its fine if you don't do it at all.


Many people online couldn't fathom how Eddie Izzard has gone from using transvestite to using transgender. It's not as if there's a form you had to tick which means you're sexuality and gender expression is stuck much like the foreboding speech that when choosing my degree course that I would be stuck with it, thankfully that's not true and the same is true with how you wish to describe yourself. There's been an explosion in the tags you can use and one may better show how you are.


When I was young in the pre online days, the only two tags I was aware of was transvestite and transsexual and I didn't explicitly feel either though I identified with parts of both. Today there's not just A or B there's A,B,C,...X and beyond.

A day late (and definitely a dollar short) with the transgender day of visibility, well, smearing half a jar of Vaseline on the camera lens takes time you know. It was pleasing to see so many photos, not just girls but guy's, nb/enby, poc's and many more abound. Of course there's no rules that say you have to be visible, other things take priority, especially safety, just know we're visible for you too. 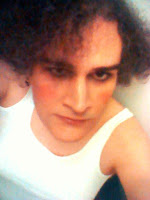