Its a hot and dry period, which means trying a "light" make-up regime that doesn't descend into a melty puddle. Its also time to find the strong sun crème and go and an open space between built up areas you didn't know existed which has encouraged lots of butterflies, bees and dragonfly's which makes a change from the flying ants everywhere else I suppose. 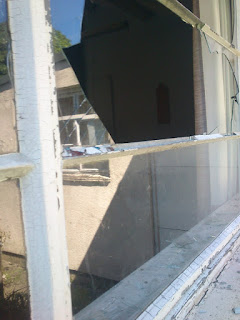 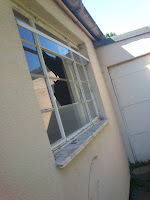 And an church, which was closed a few years ago, its remaining online presence is a notice promising a website is coming which presumably will never arrive. Apart from the broken windows, overgrowth and other signs of neglect, it looks all neat and tidy inside and like they could hold a service at a moments notice though is more likely to be someone's house soon.

There's also the Mechanics Institute being propped up with scaffold until they finally get round to saving it or let it fall down. 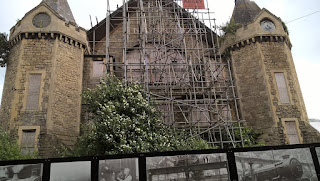 Where does the time go? I publish something, soak my feet in a fountain and before you know it you watch your national team by all objective measurements, overachieve at the world cup, the grass become increasingly hay coloured and nearly a month has passed.
1 comment: