So after the shitshow of the GRA reform consultation, the relentlessness of which was way too triggering for many. Still it enabled us to see many in their true colours and be grateful for the support of allies who came out in support. You can probably work out my responses were on favour of a non beuroctatic (I'm trying to avoid the loaded and slightly misleading term, ' self declaration '), that it poses no threats to women's rights and the Equality Act and to more recognition in law for non binary people.

I'd like to say you can rest but with other attacks like trans erasure happening you sadly can't. 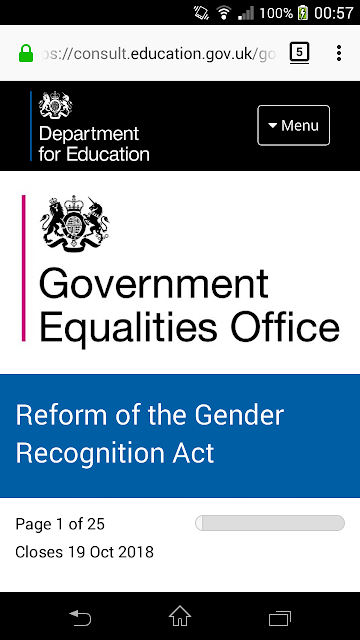