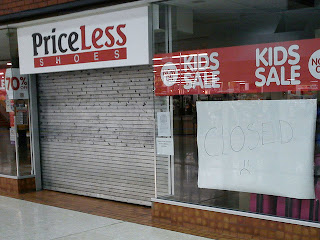 I do think the unhappy face on the hand written sign is an poignient touch. Hello, I'm now on the other side of one of those busy peaks of the year where I was sat infrount of a spreadsheet beyond what is good for me or any normal person for that matter.

It is coming up to Valentine’s Day, I guess at its base there is a celebration of romance and lurvvydovvey stuff but my word it’s hard to like something when there is just so much crass and cynical commerciality piled on top. A few years ago someone mocked up a Tesco Value valentines cardsatirising the commercial aspects before going viral only for ASDA to really produce one several years later as a cheap PR stunt Anyway,I’m sure a lot of uncomfortable frilly and lacey pants will be sold.

The subject of breast implants raises some hackles but when trans joins the equation everything is turned up to 11 and it invariably gets very trollish (a word?) but what everyone should agree on is that they should not kill you like the PIP implants apparently have from what initially looked like some cheap and nasty product going wrong is showing signs of dodgy dealing and rather poor regulation. Ideally the government should have brought out its smiting stick and ensured that the large profitable private companies,some it has been suggested sold it as a Bentley when in fact they were installing Proton Savvy’s, have a duty of care and should remove them free of charge. A lot of women have been deeply troubled over this but hopefully the outcome will lead to greater protection to all, including trans who go private in future.