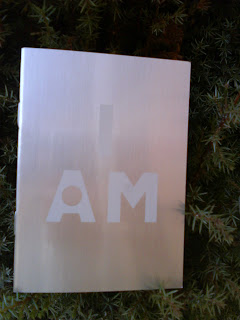 A few weeks ago i visited the Wellcome Collection on Euston Road, London for a thought provoking exhibition entitled Identity: 8 Rooms 9 Lives. It explored various topics about the self and identity and was a part of the institutes series of events on the same subject.

The first room I entered was Claude Cahun, whose photography on gender, sexuality and religion struck me as being quite modern looking. The story of her imprisonment along with her partner in Nazi occupied Jersey for distributing resistance propaganda under the pseudonym of a dissatisfied German soldier was similarly fascinating.

The section featuring April Ashley was intending to show that the chosen gender is more than ones identity. Some mention was made of other trans and gender variant folks, along with fascinating information includeing Roberta Cowell, but this was for the most part April's own story, told sympathetically, through her personal artefacts, selected press clippings along with a interesting television interview.

One other notable rooms were that of DNA profiling pioneer Sir Alec Jeffreys whose techniques use has ensured innocent people have been released from prison to more recent uses in genealogy and the dubious storage of DNA profiles on official databases, also a room on diary's (Samuel Pepys, Tony Benn etc.) and how they are used to present the self.

The exhibition runs until the 6 April 2010 and is worth stopping by if you have a half hour to spare.